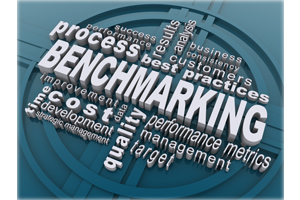 What is viewability?
Viewability is a metric to determine if the ads on a site are actually being seen by visitors. An ad is considered “veiwable” if 50% of the ad is visible for 1 second or more. We all know those 728x90s at the bottom of the page aren’t going to get many eyes. Publishers should be vigilant to ensure their site is performing above viewability benchmarks if they want to attract or maintain lucrative advertising opportunities.

How do I measure viewability?
Programs such as comScore & Moat will measure viewability. Moat also measures other fun metrics like in-view time, exposure time, and interaction time. If you work with eHealthcare Solutions, we automatically tag your ads to measure all viewability statistics. This gives us viewability metrics for both the advertisers and the publishers that we work with.

What are viewability benchmarks?
With a benchmark, you can determine if your placements/ads are performing above the average or below the average. 100% viewability is not possible for the following reasons:

Here are some benchmarks we’ve collected from various programs that collect viewability statistics:

Viewability Over all Industries: 46%
Viewability for Health/Wellness: 48%

These statistics can vary widely by ad size. The general trend is that the bigger the ad size, the higher the viewability. However, placements with bigger sizes like 300×600 and 970×250 are going to be harder to find.

Publishers should consider this if planning a redesign of their site. Planning a design that can support bigger ad sizes will help get more ad dollars; the data demonstrates that larger ad sizes get more eyes.

Advertisers should discuss opportunities with publishers prior to ad planning and creation.

Curious about above and below the fold benchmarks for viewability?
Check out this blogpost from a few weeks ago: Ad Viewability – the new online currency

If you have any questions about viewability or where your ads or placements fall within the benchmarks, please contact me at sem@ehsmail.com.