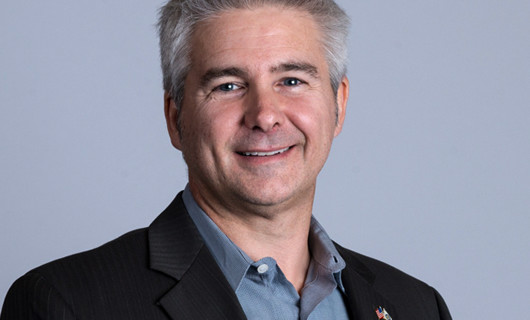 Programmatic advertising or the automating of buying and selling ads has been around since October 2000, when Google launched AdWords.  While it wasn’t called “programmatic” at the time, it was essentially the beginning of letting machines do the buying and selling for you.  Today’s programmatic trades on the currency of “audience segments” or distinct pools of users identifiable by cookies and beacons, in addition to just contextual placements, but the gist is the same: machines buying from and executing with other machines.

Demand Side Platforms (DSP’s) are the entry point for buyers and Supply Side Platforms (SSP’s) are the entry point for sellers into the grand “exchange” of the media market place.  Prices are cheap, brands are commoditized, and fraud is rampant.  But programmatic, despite its flaws, is here to stay.  80% of digital advertising is now traded programmatically.  Disruption creates opportunity.

Programmatic has entered the medical media (MD/HCP) professional space as well.  The currency of choice in this spaces is authenticated audience segments or cookie pools of list-match targeted prescribers.  Between 30-50% of pharmaceutical brands will only buy this way today.  Those numbers are expected to grow significantly in the coming years.

In June of 2016, the proverbial waste hit the fan when the Association of National Advertisers released an independent study that found advertising agencies were not being entirely transparent with their client’s funds.  Citing instances of, undisclosed to the advertiser, media rebates as well as practices of media arbitrage around agencies acting as a principle, instead of as an agent, to leverage their own or other ad exchanges to capitalize on price arbitrages for their own accounts. Trust between agency and client took an immediate, swift and perhaps irreconcilable blow.

After much press and criticism by the ANA, many agencies, began to change their practices and ensure full transparency, but interestingly, not necessarily full disclosure if the client opts-in for the black box version of services.  The bottom line is the agency business model is just next on the list for technological disruption.  Agencies are under tremendous pressure from clients, from ad tech competitors, from consultancies who smell blood, and from publishers themselves who increasingly work directly with clients.  The client pressure has been increasing for years and has squeezed agency fees to the point where some agencies blamed their clients for putting them in the position to no longer be transparent.

Download a copy of the complete report for a scary nail-biting read.

YouTube was the poster child in March of 2017 for what happens when you don’t control the environment and place branded advertisers on objectionable content.  Facing a mass exodus of advertising cancellations and significant B2B media backlash, YouTube opened up their walled garden enough to let some third-party quality verification services in to monitor advertiser delivery.

The year kicked off with P&G’s CMO, Marc Pritchard, challenging the whole industry to embrace transparency and get rid of crappy advertising and crappier viewer experience.  This is ironic, because the latter is exactly the unintended consequence I warned of when tying payment to viewability – user experience would suffer and the advertiser might kill the golden goose – the publisher’s ability to attract and retain their target audience.

Google’s cost per click (CPC) fell 23% in Q2 2017.  Rate destruction.  They make it up in in overall revenue growth up 21%, but the cost per click that an advertiser is willing to pay has been declining for some time now, and this drop was worse than analysts had been forecasting.

Google and Facebook, both walled gardens in that their user profiles and data pools of registered users are not available to anyone but Google and Facebook respectively.  You can’t buy them through an exchange buy only through the exchange they’ve provided.  Collectively, these two players control 80% of the digital advertising market.  The rest of us are just eating crumbs at their table.

In October of last year, the first digital health publishing giant sold when Everyday Health, following a dismal tenure in the public markets failing to get above their initial offering price, sold to J3.  This was more of a sale of necessity, as the company had lost more than half of its market capitalization since its post-IPO highs.  They cited “slower-than-expected” growth in digital advertising sales.  A canary in the coal mine.

WebMD Sells for $2.8B to KKR’s Internet Brands

After giving a dismal outlook and citing slowing advertising growth in February of this year, WebMD began a process (not their first time they entered such as process) of “exploring strategic alternatives” and basically put themselves up for sale.  Five months later, after engaging with over 100 companies, a suitor emerged in KKR’s subsidiary, Internet Brands.

Irwin Goetlieb in a video interview about joining the Advertising Hall of Fame, discusses all aspects of advertising today and the changing nature of the agency/client relationship as well as the dual role of agencies as both agent and now principle.  “Every client,” Irwin said, “is suffering from what his boss, WPP’s Martin Sorrell, coined as ‘short-termism.’ Every client has to make the next quarterly report. ”  Great video.  Among other things, he denounces publishers for not disrupting themselves first, and informs them that their traditional competitors are not really their competition, but Google and Facebook are – A message I vividly recall delivering to the AMM about 10 years ago.

It’s been a strange 18-months in the Internet advertising landscape across the board and digital healthcare has been no exception.  These changes, while highly disruptive, also create unique opportunities for those who capitalize on them.  One thing seems certain, however, the old way of doing business will not suffice any longer.  The times, they are a’ changin’.