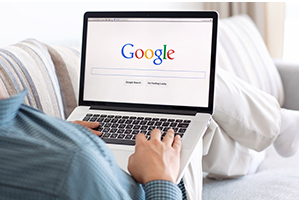 Well, even before the dust settled on the $1.65 billion dollar YouTube deal, Google goes and plunks down nearly twice as much ($3.1 Billion) for Internet Ad Serving company Doubleclick.

I’m sure this acquistion, like YouTube will be debated for months to come, but one thing is for sure, and that is Google want to solidify it’s dominance in the online advertising market – and likely more aggressively move beyond text link advertising and into all forms of Rich Media – the fasted growing segment of online advertising.

For a company who’s mission is “do no evil” it is interesting to watch Google’s acquisitions.
The recent step into the controversional “Wild west” online video — controversial because many of the videos are either user generated (and you wouldn’t want your kids watching them) or illegal in that the violate copyrights.

Now, this latest move in acquiring the company who sparked the entire online debate around privacy issues when attempting to marry ad serving data with personally identifiable information after acquiring Abacus (later sold off to Epsilon). Doubleclick single handedly sparked a privacy debate that was arguably the spark that lead to the implosion of the original online bubble.

What’s next in the “do no evil” strategy? I guess they could always hire Imus and start an online radio station.