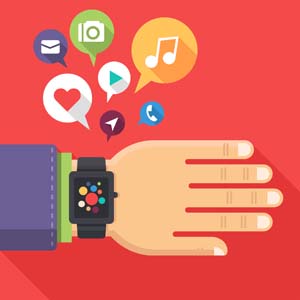 The Apple Watch is set to be released Spring 2015. It will have customizable technology and apps that people are already raving about. Many companies are trying to seize this as an opportunity for additional marketing space. This new type of ad space will only increase visibility of brands and marketing efforts.

Will it be bizarre to have ads on the Apple Watch? Currently, Apple has its own advertising platform with iAD. The question at hand is whether this will be the exclusive method of integrating ads for the Apple Watch. So far, it has not been confirmed how ads can be used within apps on the Watch or even if it will contain ads when it first comes out.

The main hindrance is the small screen filled with an ad. Ads on the limited space may be seen as interfering with the user experience. Can ads appear when the user is not using the Watch? Or will they only appear if a user is inside an app? Apple wants the Watch to stay on the user and not give the user a reason to take it off.

But the opportunities available might outweigh the possible negative impact. The new apps that will become available will be highly personalized. Features include the use of GPS in certain apps, health-based measurements such as heart monitoring, an integrated pedometer, and other health sensors. The information within the health apps will be personal to the user. It is the actual opening of the app that might be used to target a user. Perhaps by opening an app on the Watch, an ad can be sent through to the user’s phone for full experience of the advertisement. Or the user might be sent to a video for more information. Apple’s health apps have already drawn interest from healthcare companies.

The opportunities are endless in the ever-growing technology world. Marketers will surely find a way to benefit from this new technology. It will be interesting to see what the outcomes will be once we experience the Apple Watch this month.

Update March 2, 2015: Apple is holding an online event on March 9, 2015. More information about the Apple Watch will most likely be unveiled. Participate in the live streaming event.

Update March 18, 2015: Here is an alternative for a lot less money: Microsoft Band